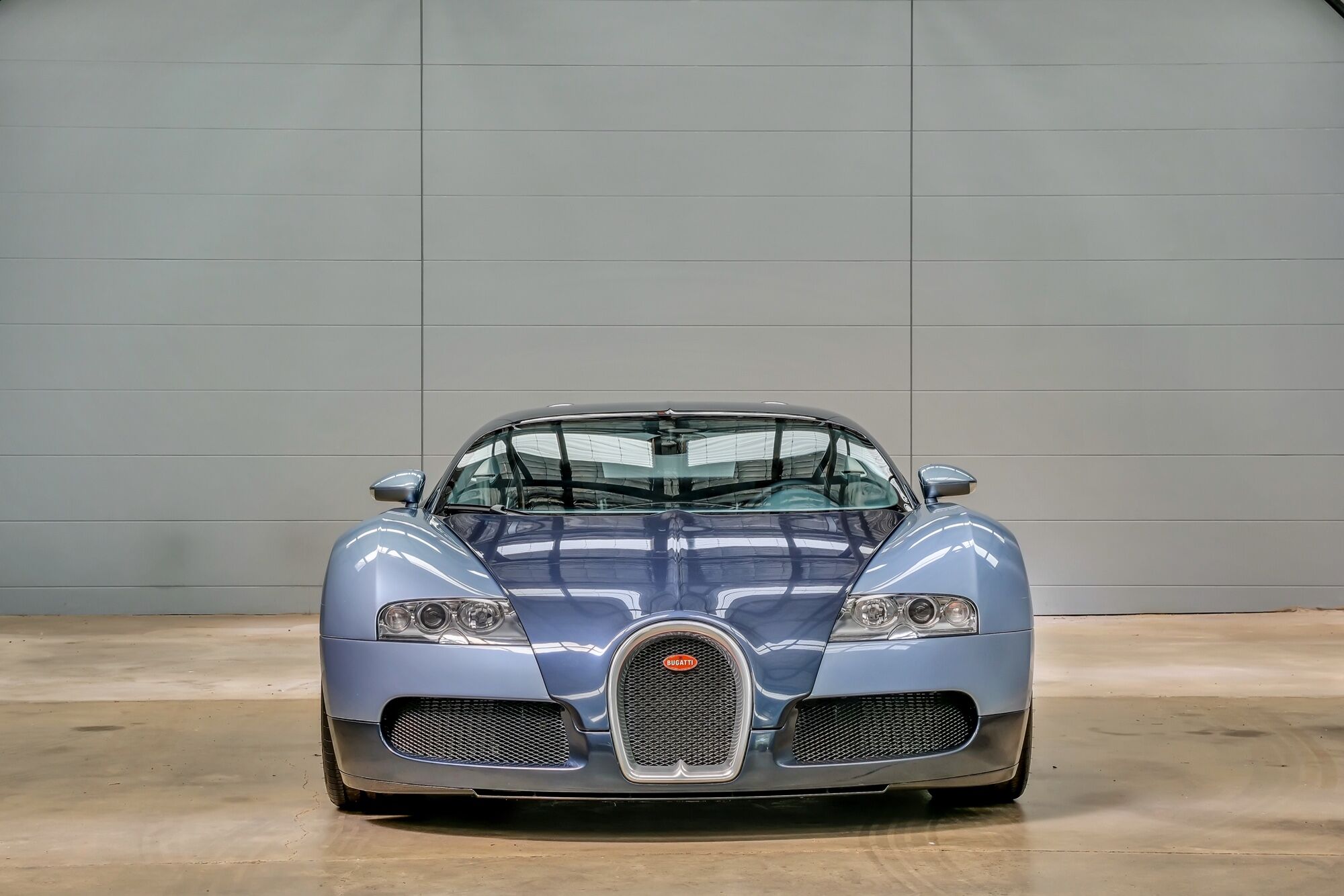 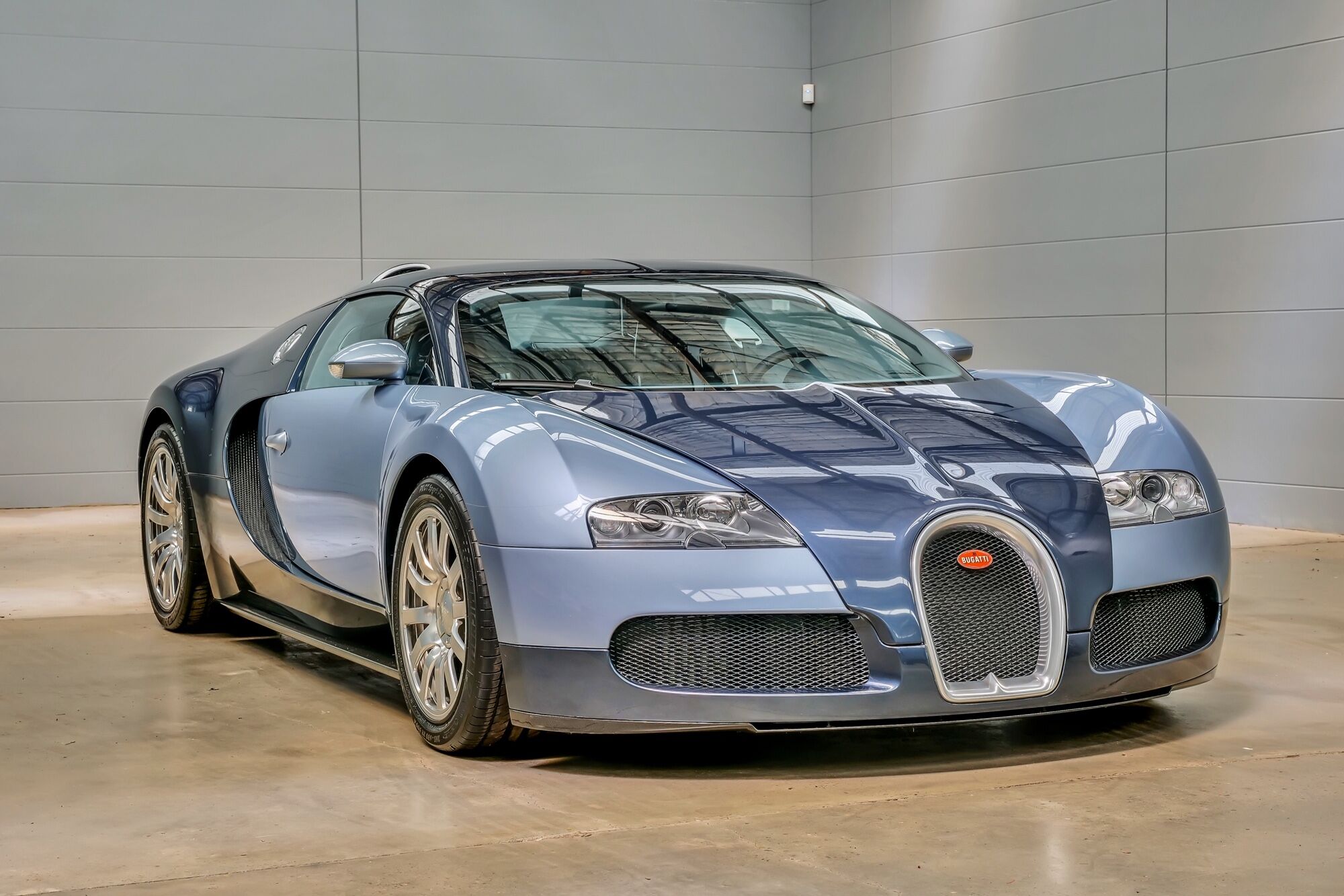 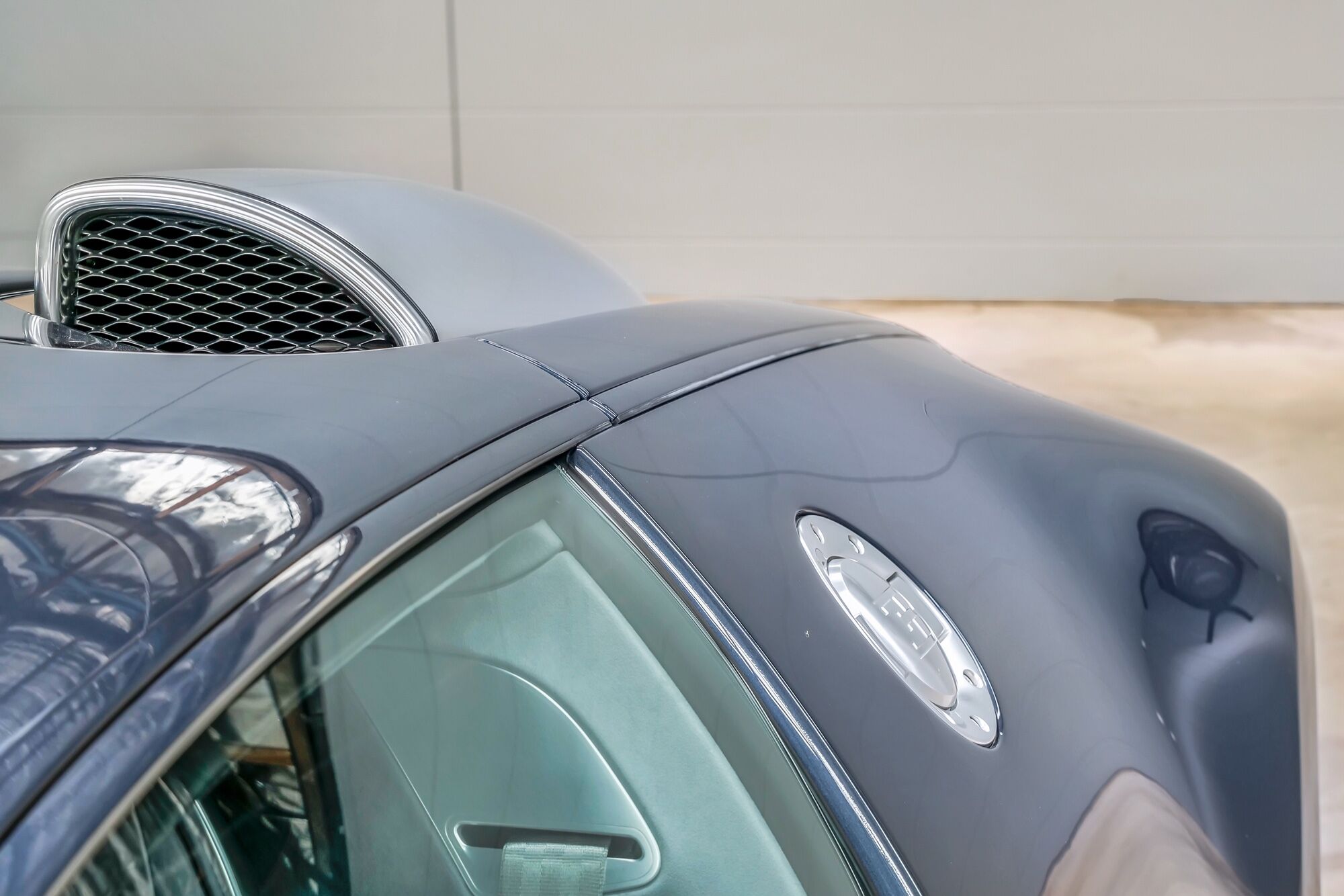 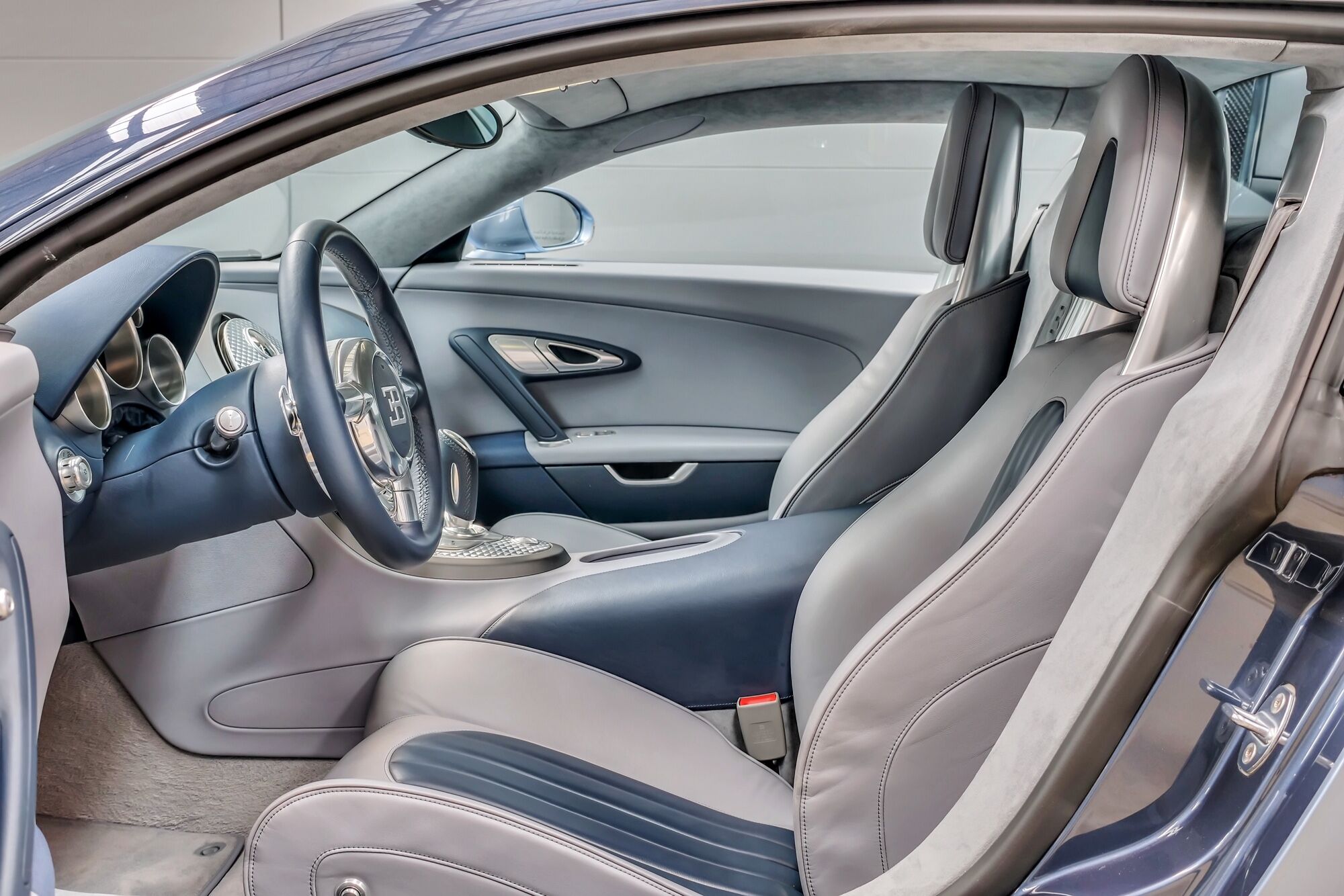 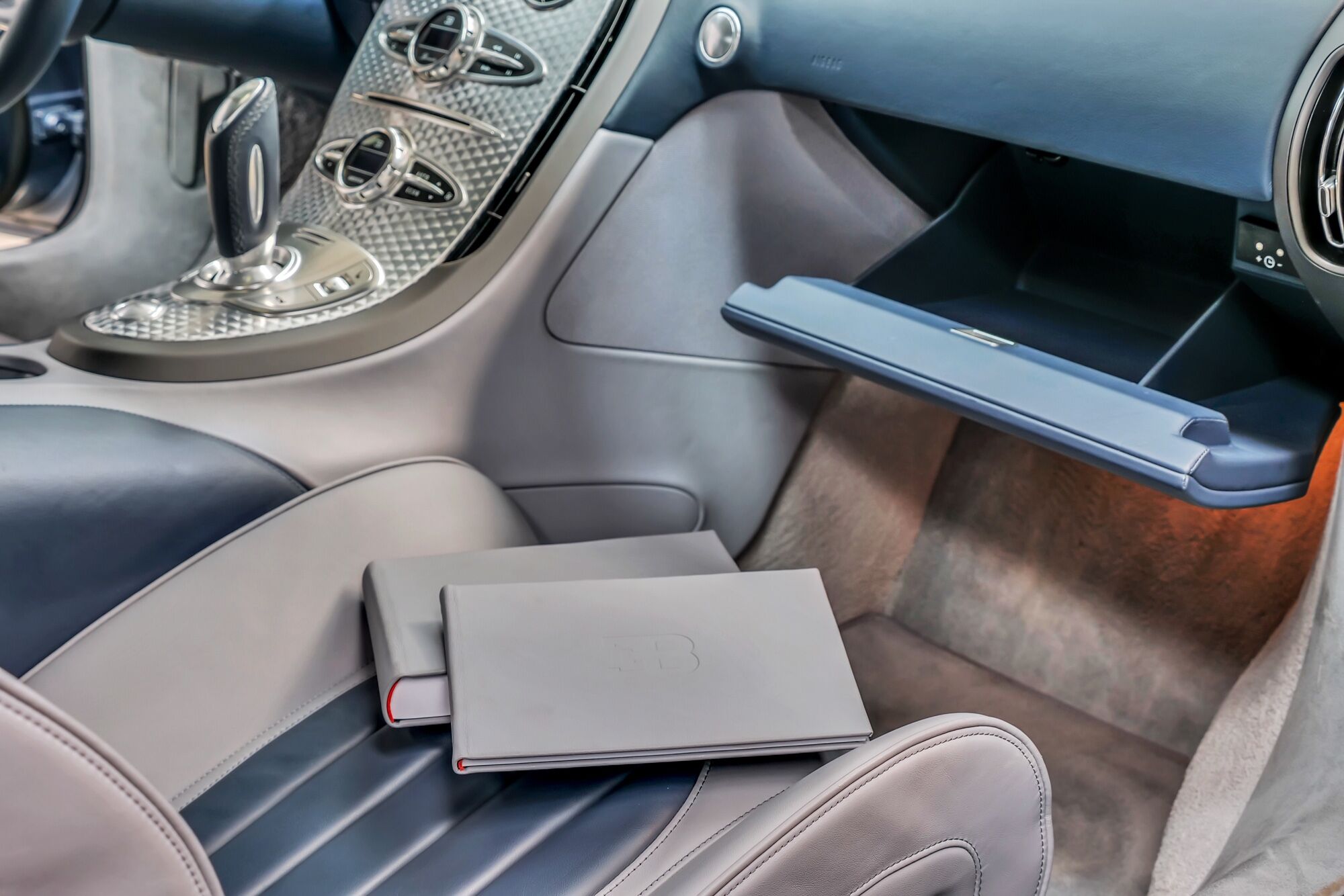 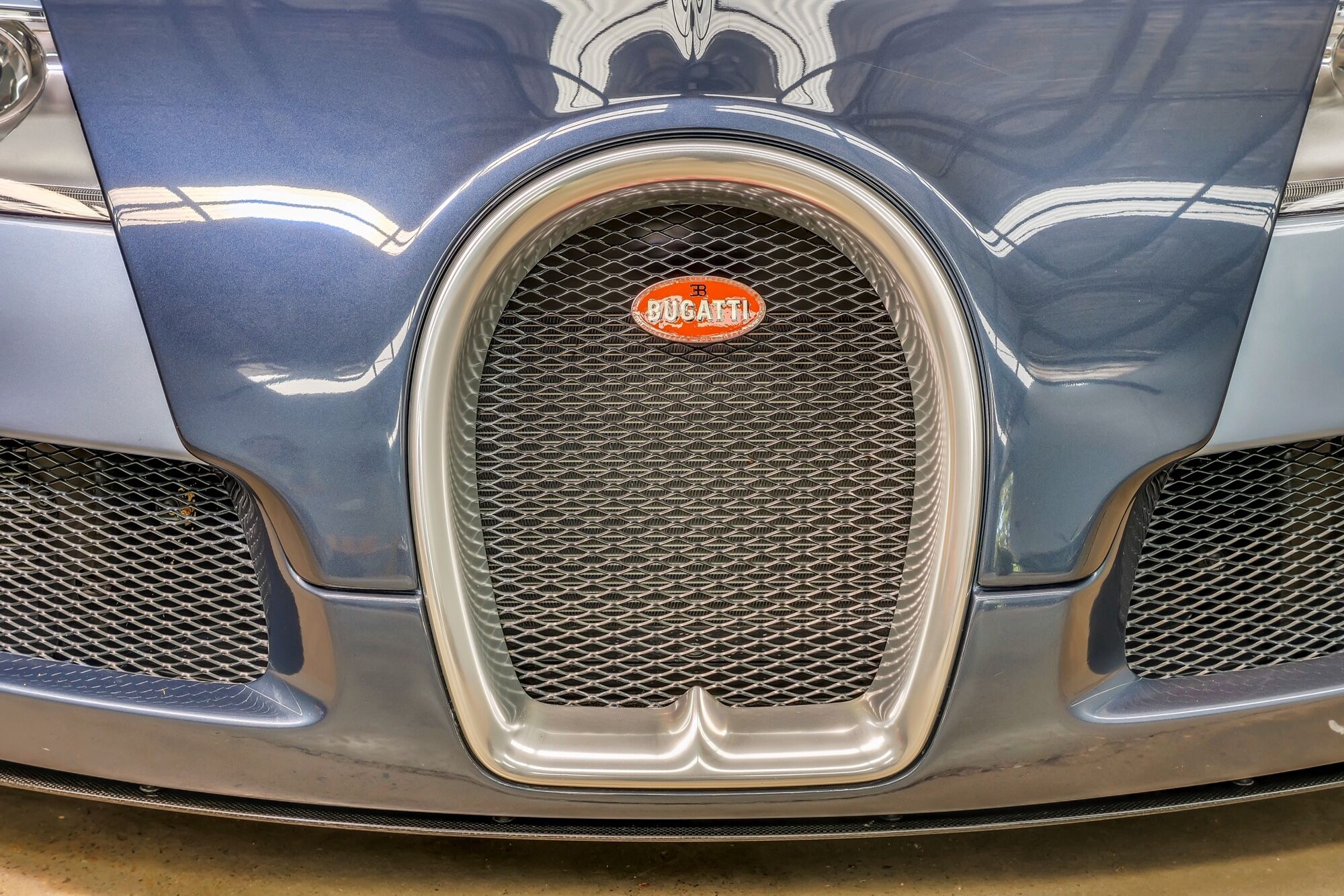 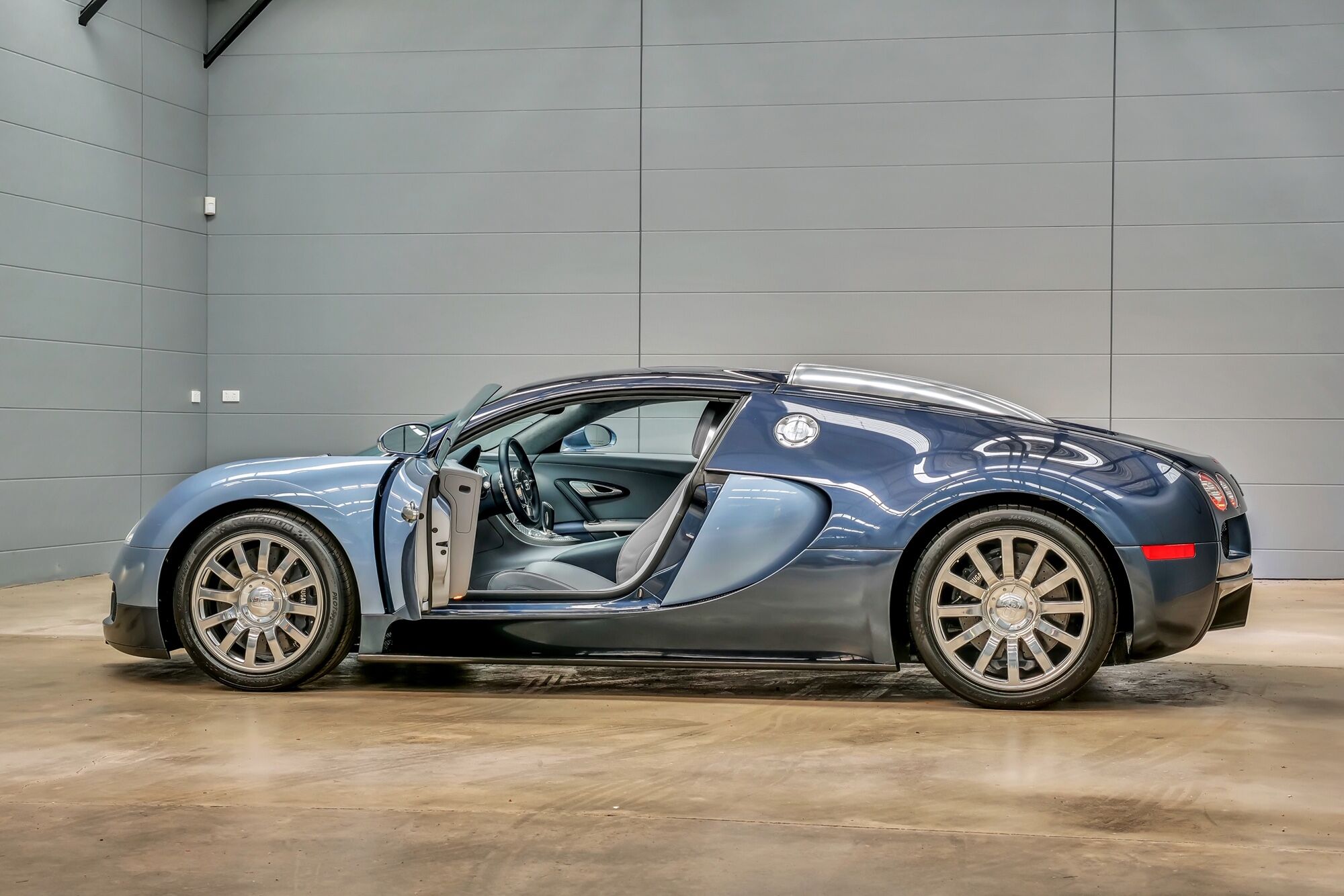 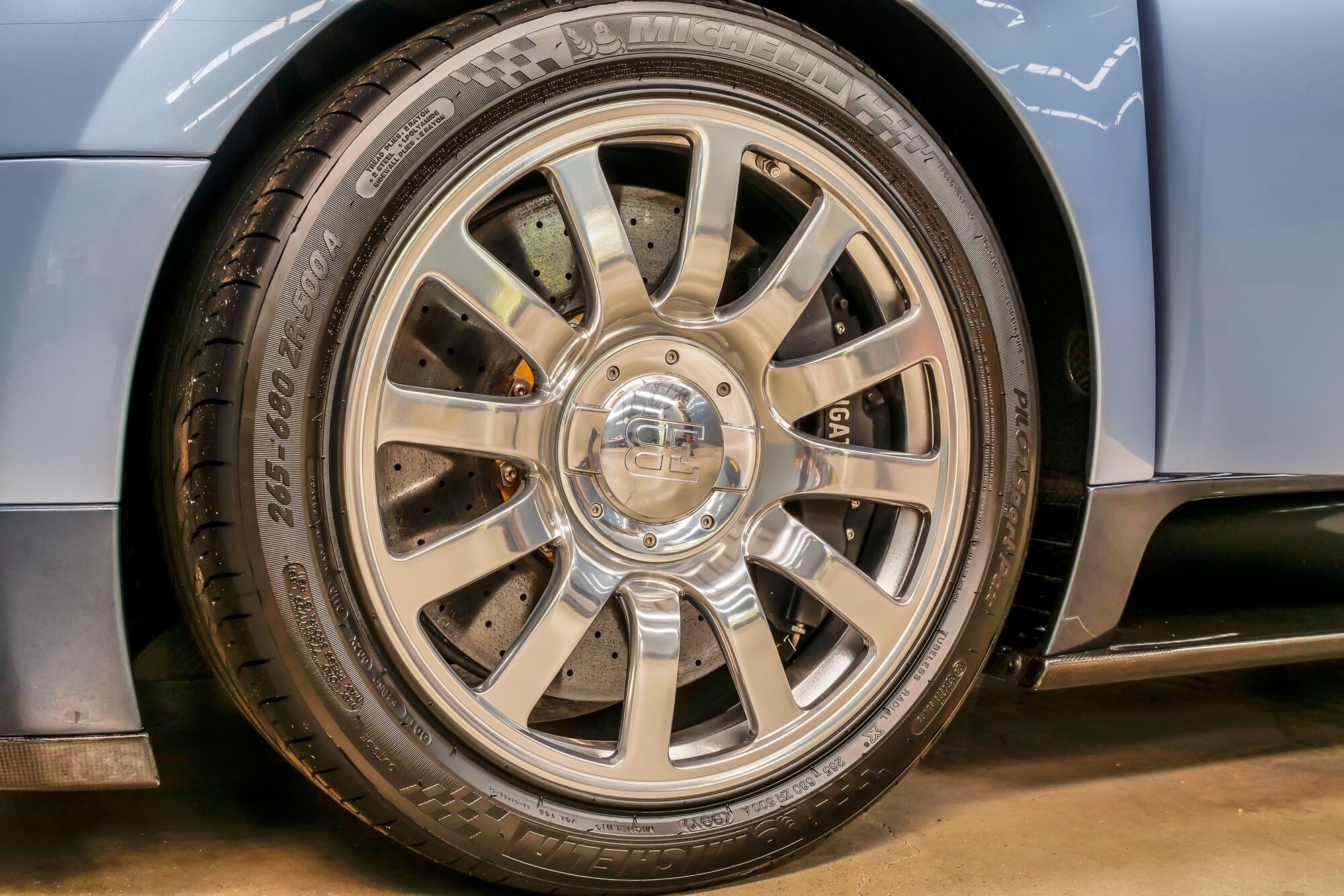 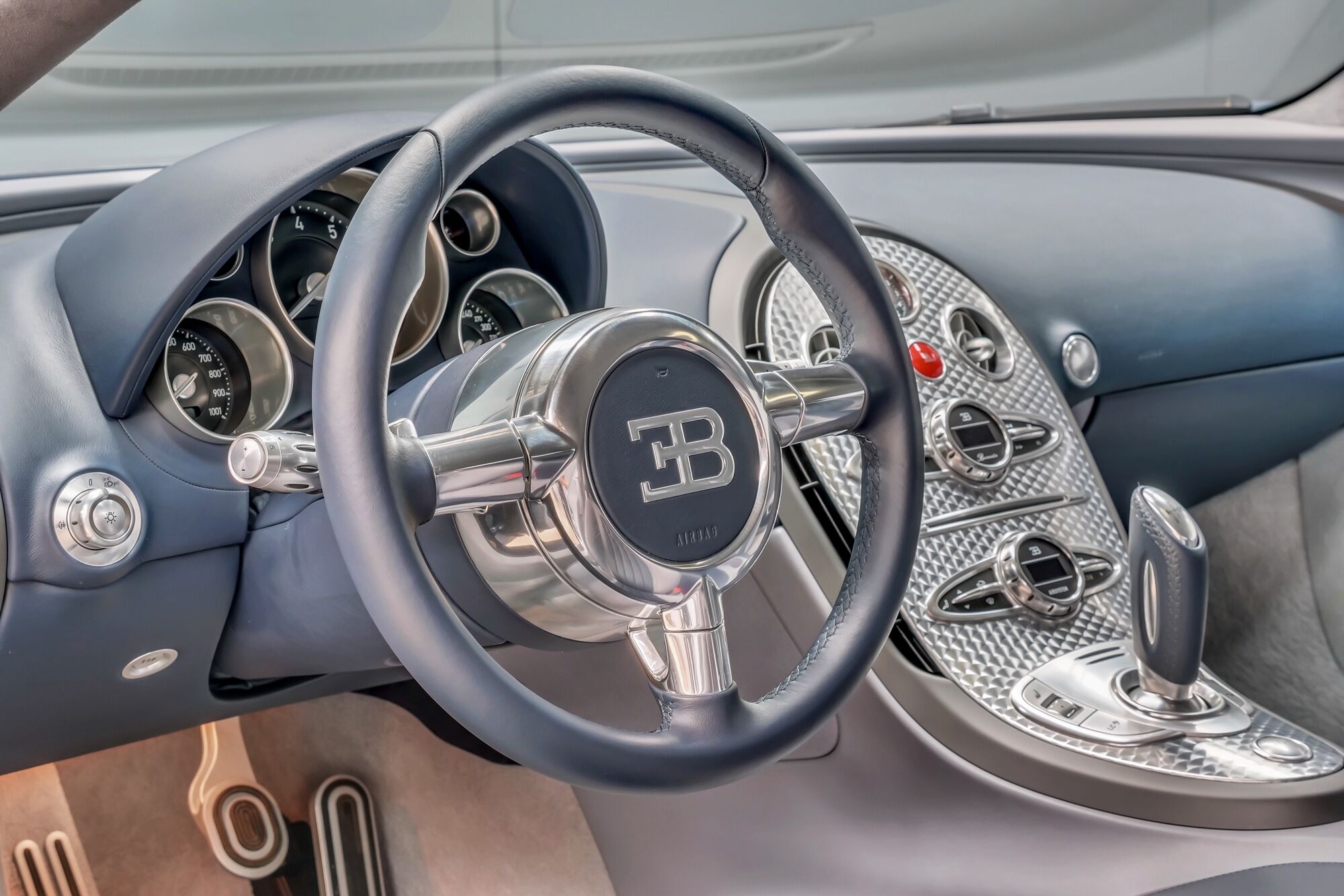 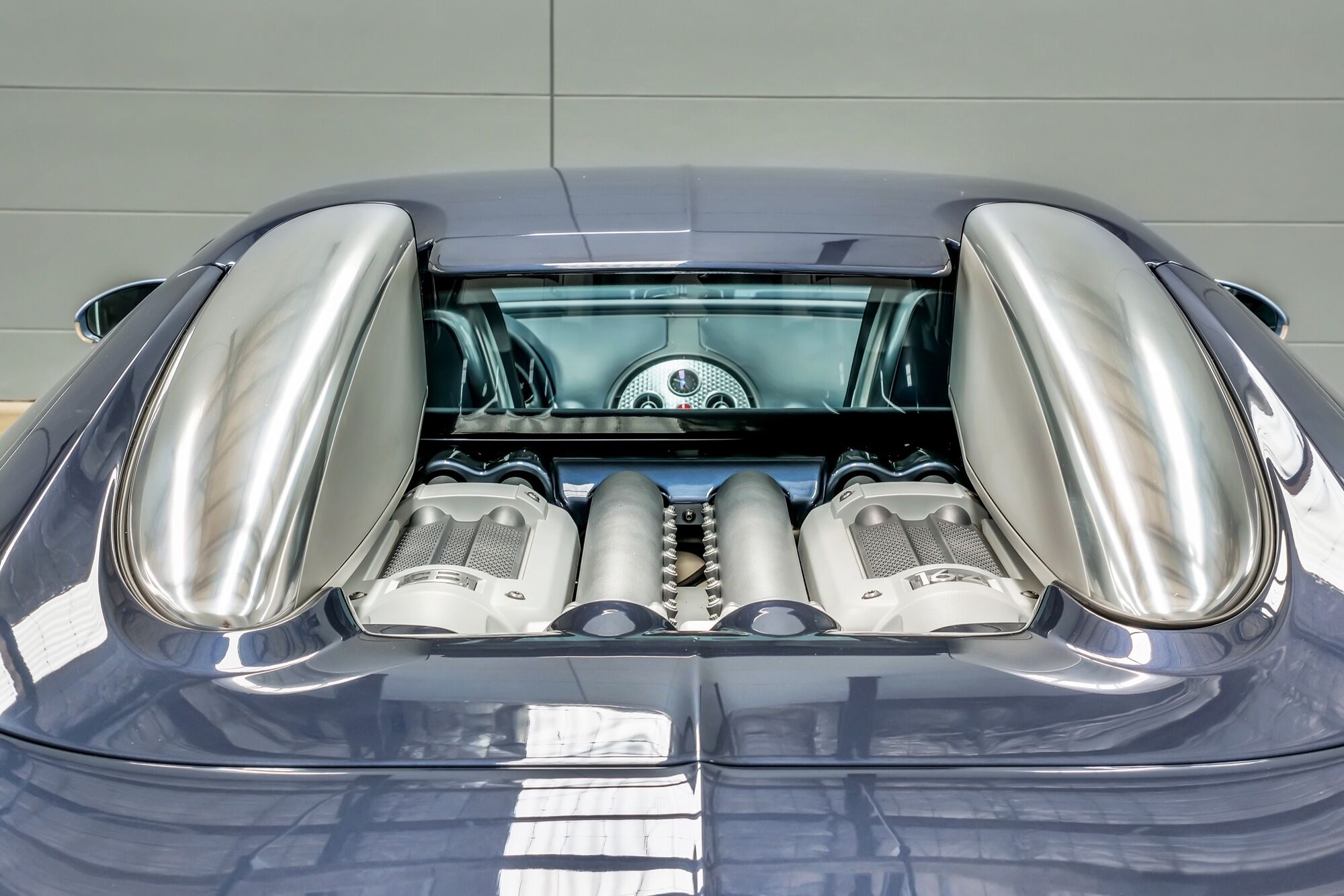 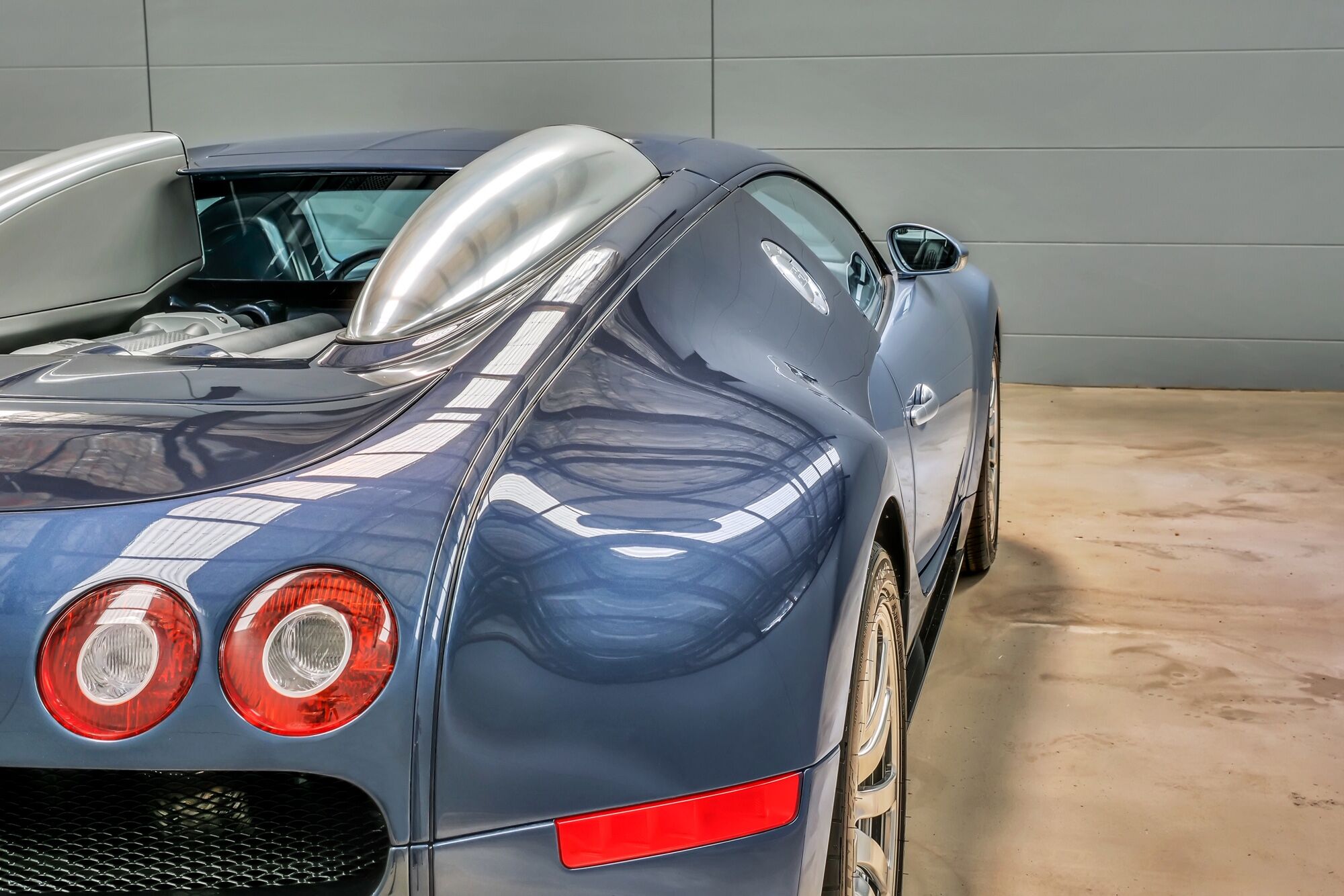 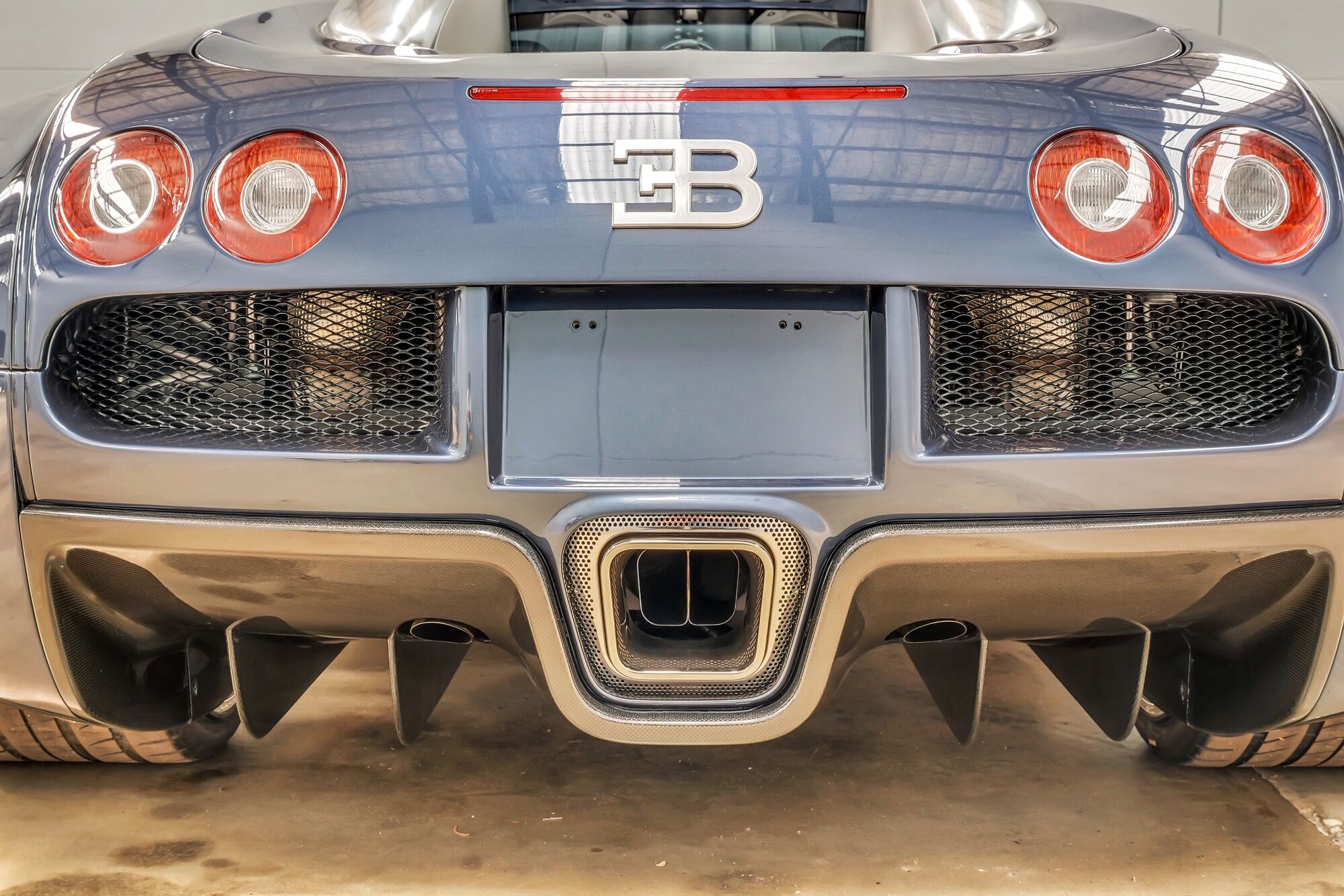 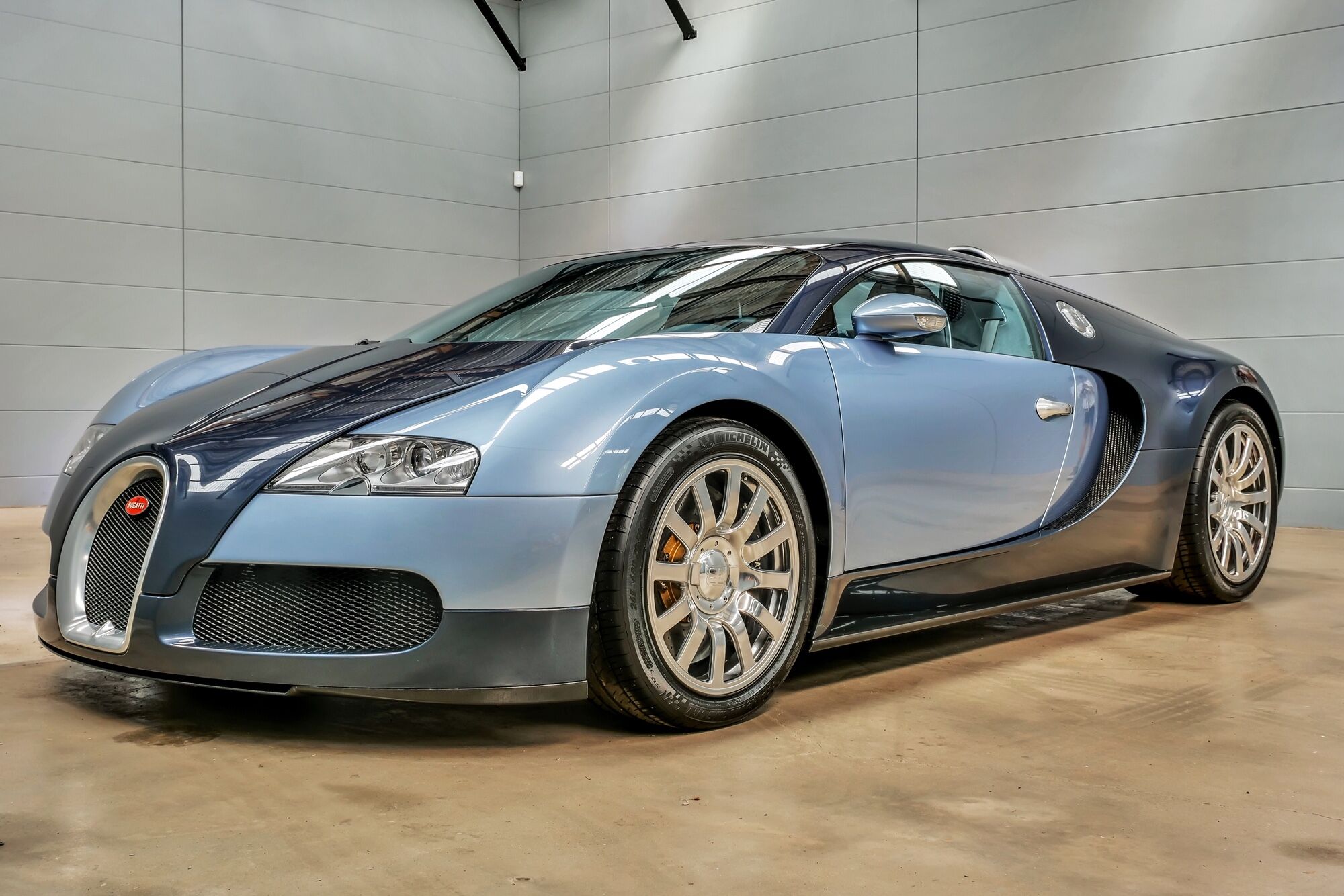 Bugatti’s resurgence to become the pinnacle of the Automobile excellence began in 1998 with Volkswagen Group AG acquiring the company and management setting the goal of producing the world’s fastest production vehicle. At the Ehra-Lessien test track in Germany, on 19 April 2005, officials observed a early production Veyron reaching 408.47km/h a speed matched a year later when TopGear presenter James May reached 407.5km/h driving a customer vehicle in filming for the popular tv series. Officially knocking the Mclaren F1 off the perch that it had held since 1994.
The Veyron (named after Pierre Veyron a Bugatti development engineer, test driver and company race driver who, with co-driver Jean-Pierre Wimille, won the 1939 24 Hours of Le Mans while driving a Bugatti) features a W16 quad-turbo 8.0L engine developing 1,001PS (736kW) and 1,250Nm (922lb.ft) with 4 wheel drive and dual clutch transmission propelling the Veyron 16.4 from 0-100km/h in 2.46seconds 0-200km/h in 7.3seconds 0-300km/h in 16.7seconds quarter mile time of 10.1seconds and up to 1.4G lateral acceleration.
Whilst the figures are immense production numbers are very small with Bugatti completing approximately 50 vehicles per year. Pricing at launch was around €1,000,000 and it was reported later that it was costing Bugatti around €5 million to produce each vehicle, thus the pricing for subsequent models rose to around €2.4 million for the later model Veyron. Today the Chiron which replaced the Veyron in 2016 has a starting price is around €2.5 million plus taxes with production sold out for the next few years.
The Veyron represents the ultimate automotive achievement in the 00’s, matching what had been achieved a decade earlier by the Mclaren F1. It is undoubtedly desirable and in our opinion the next modern collectible.
This particular 2008 Bugatti Veyron 16.4 was originally delivered to Bahrain and has travelled a mere 1,800km. All servicing is up to date and tyres most recently changed in January 2020. Imported to Sydney 2020, viewing can be arranged by appointment.